God will deliver us from our enemy (Numbers 17)

Introduction
Today we gather together as the body of Christ,

and, with our brothers and sisters, we mourn the nine people who were killed Wednesday night in the shooting at Emanuel AME Church in Charleston.

As you probably know, the suspected 21-year old shooter was arrested during a traffic stop here in Shelby by our city police. What you may not have yet learned is that he also was a member of an ELCA congregation in South Carolina, and two of the people killed were graduates of the ELCA seminary in Columbia, SC. As Presiding Bishop Eaton wrote in her response to the tragedy, “One of our own is alleged to have shot and killed two who adopted us as their own.”


During worship
During the summer children of all ages are invited to listen as we read from children’s literature. Today, I am going to read from Birmingham 1963 written Carole Boston Weatherford. 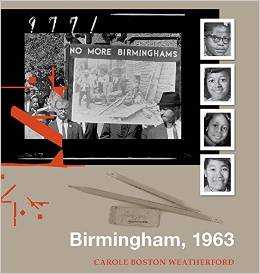 This story tells what happened in a Birmingham, Alabama church on a Sunday morning nearly fifty-two years ago. [After the reading] I wonder where God is in the story.

Let us pray:
God of our ancestors,

History shows us that even when evil, hatred and violence cloak our lives in darkness,
you remain Emanuel, God with us.

We commend to you the lives of the saints who were killed on Wednesday night as they gathered in your house:

Rev. Clementa Pinckney, 41;
Cynthia Hurd, 54;
Rev. Sharonda Coleman-Singleton, 45;
Tywanza Sanders, 26;
Ethel Lance, 70;
Susie Jackson, 87;
Rev. DePayne Middleton-Doctor, 49;
Myra Thompson, 59;
Rev. Daniel Simmons Sr., 74
Holy God, we pray
...for their families, and all who love them, that they will know the comfort of your abiding love in the midst of their pain. Hear us, O God.
Your mercy is great.

...for the congregation of Emanuel AME Church
whose sanctuary has been desecrated that you would bring them to safety and restore peace to them; that they can find rest from their weariness and sorrow. Hear us, O God.
Your mercy is great.

...for our enemies, including the suspect Dylann Roof, that you will bring him to repentance and grant him forgiveness.Hear us, O God.
Your mercy is great.

…for his family and the congregation of St. Paul’s Lutheran Church in Columbia, and for their pastor, that they will know your presence as they struggle to make sense of the incomprehensible. Hear us, O God.
Your mercy is great.

God, our refuge and strength, we give you thanks for the sanctuary we find here this morning, and we pray for your Holy Spirit to shine light into the darkness of our sin and our world, and guide our steps. We pray in the name of your crucified and risen Son, Jesus Christ.  Amen.

From the pulpit
Let us pray…
May the words of my mouth and the meditations of our hearts be acceptable in your sight, Lord, our strength and our redeemer. Amen.

Last Sunday, we heard how Saul fell from favor and young David was anointed in his place, but he isn’t king yet.

He remains a court musician and a shepherd.
The youngest of Jesse’s sons, he is an errand boy,
delivering lunches and supplies to the Israelite soldiers
who are perched on a mountaintop, staring across a valley at their enemies.

One the other side of the valley, the Philistine army is poised to attack.

A Philistine infantryman, larger than any of the other soldiers,
a giant of a man named Goliath,
offers to fight one man from the Israelite army to put an end to the battle.
And no one steps forward.

As David is greeting his older brothers at the army camp,
Goliath repeats the words he had said before,
and David witnesses the deafening silence of the Israelites.

But David breaks the silence and speaks up, telling the king,
“Your servant will go and fight…”(v. 32)

But David goes, armed with his staff, five smooth stones, and a sling.
And he slays the enemy soldier.

Some would say David was naïve, or foolish, but
David saw what no one else in the Israelite army could see;
sure, they knew the history of warfare and had battle plans drawn.
They could see the terrain and Goliath’s physical stature.

Even after Samuel told them not to pay attention to appearances,
they still based their decisions on what they could see and touch,
whatever was in plain sight,
and they let their fear bind them into doing nothing.

David alone, saw that this was not a battle between two armies of men.
This was between an historic enemy
and “the Lord of hosts, the God of the armies of Israel.” (v. 45)

His courage was grounded in his knowledge of the God who we worship,
and the steadfast presence of God in the face of our enemies.

Four nights ago, nine bullets rang out in a church meeting room in Charleston, South Carolina, and pierced the sides of nine black bodies − mothers, grandmothers, sons, fathers and grandfathers. [i] Sadly, as I said earlier, and doubtless as many of you remember in your lifetimes, this was not the first attack against black people in a church.

It was racism: actions against a group of human beings for no reason other than the color of their skin.

It wasn’t the first attack, and,
unless white churches like ours speak up, it won’t be the last.

It was, what Presiding Bishop Elizabeth Eaton has called,
“a stark, raw manifestation of the sin that is racism.
The church was desecrated.
The people of [Emanuel African Methodist Episcopal Church] were desecrated…”[ii]

Bishop Eaton urges us to,
“…to examine ourselves, our church and our [community]…
to be honest about the reality of racism within us and around us…”

It would be easy to respond like Saul, and say,
“Yes, but…” talking about race in our community and country will be uncomfortable.

It is easy to respond like Saul, and say,
“Yes, but…” confronting racism – speaking up in the deafening silence – will be scary.

It’s easy for us to name the reasons
that we shouldn’t confront this historic enemy
that has been piercing the hearts of our black brothers and sisters
not only for the past fifty-two years, but for hundreds of years.

David’s strength is not his own,
but lies in his confession that God will deliver us from our enemy.

The enemy is not the people who are calling the Charleston shootings
a hate crime and racist violence.

The enemy is racism that, as ugly as it sounds, is part of our lives in our country.

It’s not always blatant; in fact it is nearly invisible,
if we don’t know people who aren’t white;
or we don’t listen to the stories of how whiteness and blackness differ.

Bishop Eaton goes on to urge us to “look with newly opened eyes at the many subtle and overt ways that we and our communities see people of color as being of less worth.”[iii]

After internship, I worked in a grocery store deli.
I heard a woman refuse to buy food prepared by our black cook.
I heard customers joke about workers’ accents, but,
because it would have been bad customer service,
I choked back a rebuttal.

All too often, we don’t want to offend or upset someone,
make a conversation awkward, or be accused of being political.

But the theology of the cross calls us to call a thing what it is. [iv]
This is racism. And racism is a sin.

And I am complicit.
Just last month, I parked my car on West Marion Street
and when I saw a young black man who I didn’t know,
walking in my direction on the sidewalk, I felt myself tense.
The irony is we were both going to participate in a monthly meeting
designed to build relationships across cultures here in Shelby.

But, no.
Lutherans don’t believe in a grading system for sin.
We believe sin is part of our human condition,
warping our lives and distancing us from God.
The racism embedded in our lives is sin.

Thankfully, we also believe in grace,
that unwarranted and unmerited gift from God that assures me
that I am a beloved child of God, forgiven for my sins.

Like so much of life, we aren’t going to do this work perfectly.
We will make mistakes and say things that someone doesn’t want to hear,
but we cannot be silent or blind or unaware any longer.

Confronting racism,
this historic, larger-than-life, enemy is hard;
it is uncomfortable and it is scary.

Racism won’t be taken down as easily or swiftly as Goliath fell,
but as the Church, we are called to speak up,
and, confident that God will deliver us from this enemy,
we must step up and act.

Let us pray:
Lord of Hosts,
We praise you for your promise to accompany us through the battles we face in life.
We give thanks for your promise to deliver us from our enemies.
We pray now that our eyes will be opened to where evil and racism are embedded in our lives.
Gather us and empower us, by Your Holy Spirit, to do the hard work of dismantling racism in our families, our workplaces,
and God, yes, in your Church.[v]
Move us to act in justice for all of our brothers and sisters.
In the name of your crucified and Risen Son,
Jesus Christ our Lord and Savior.
Amen.
[i] Jennifer Bailey. “Rolling in Sackcloth and Ashes,” HuffingtonPost.com http://www.huffingtonpost.com/jennifer-bailey/rolling-in-sackcloth-and-ashes_b_7614210.html?1434649529, accessed June 20, 2015.
[ii] Presiding Bishop Elizabeth Eaton, Evangelical Lutheran Church in America, Thursday, June 18, 2015.
[iii] ibid
[iv] Martin Luther. Heidelburg Disputation, Line 21.
[v] Rev. Mindi, http://rev-o-lution.org/2015/06/18/prayer-a-call-for-justice-for-emmanuel-ame-in-charleston/, accessed June 20, 2015.
Posted by Pastor Christina Auch at 4:05 PM Labels: #AMEshootings, #Charleston, Forgiveness, God, grace, justice, prayer, preaching
Email ThisBlogThis!Share to TwitterShare to FacebookShare to Pinterest

View my complete profile
The opinions expressed here are mine alone and do not represent any organization I am associated with.